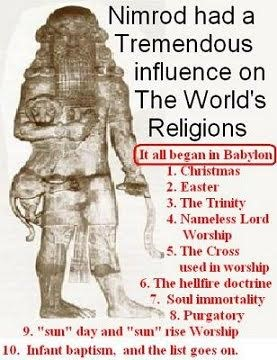 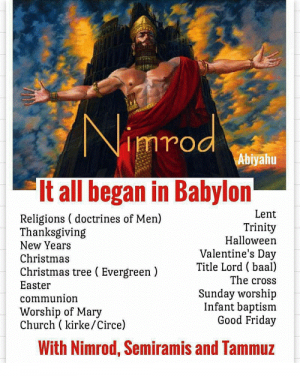 Nimrods wife claimed to be immaculately  concieved and fell to earth on the full moon after the spring equinox , in a so-called moon egg .  The spring equinox is the day of the year when the night and day are the same  length .   This symbolized her sharing Godly dominion with her husband , her being the moon god and him being the sun god .

The meaning of this is obvious , however Satan is the great deceiver so I will clarify . The timing of Semiramis moon egg falling to earth on the full moon , after the spring equinox , is the date of Easter (Ishtar) , and her Ishtar egg is Easter egg .

Aren’t the origins of Satan’s unholy counterfiet traditions that the Catholic Church has spread through most of the world becoming very clear ?