As you have seen all satanic/pagan traditions of men originated in Satan’s founding Beast kingdom of Babylon. The hexagram is no exception.

The six-sided star was Used by Babylonian astrologers for Sun worship.

Babylonian astrologers divided the starry heavens into 36 constellations (ten days each). These were represented by different amulets called “Sigilla Solis,” or the Sun Seal.

These amulets were worn by the pagan priests and they contained all the numbers from 1 to 36. By these figures they claimed to be able to foretell future events  Adding the numbers of any column either horizontally or vertically, and also the two diagonals crossing the square, the total is the same — 111.  The sum of the six columns, either horizontally or vertically, is 666.  So 666 is a number associated with pagan sun-worship, which originated in the mysteries of ancient pagan Babylon  Sun worship, which is really Satan worship, has existed for thousands of years and is still worshiped to this very day by Mystery Babylon, the Roman Catholic Church and the global elite in the world.

“But ye have borne the tabernacle of your Moloch and Chiun your images, the star of your god, which ye made to yourselves.“ Amos 5:26

Just before being stoned to death by the Jews, Stephen accused the Jewish leaders, “And you took up the tent of Moloch, and the star of your god Remphan, the figures which you made” “in order to worship them.” Acts 7:43

Satan got Solomon to worship him through false gods.

After his marriage to Pharaoh’s daughter in 922 B.C., Solomon gave himself up to witchcraft and idolatry, and built altars to Moloch, Ashtoreth and Remphan, the ancient Egyptian ‘Star‘ god.

This is very significant, Because Solomon was a man of wisdom, who was allowed to build the temple of God; yet late in his life Satan caused him to worship and build altars to false gods, and Use the hexagram to invoke the powers of Satan.

King Solomon reintroduced the 6-Pointed Star to the Kingdom of Israel, so the Talisman of Saturn became known as the Seal of Solomon.

The Six-Pointed Star is engraved on the Talisman of Saturn which is Used in ritual magic.

A bull’s head is enclosed in a six-pointed star, and surrounded by letters composing the name Rempha, the planetary genius of Saturn, according to the alphabet of the Magi.  The bull represents Moloch worship and ultimately, Satan worship.

It symbolizes creation, since it took 6 days , and Satanists/Pagans worship creation , not the Creator . 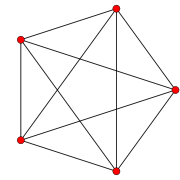 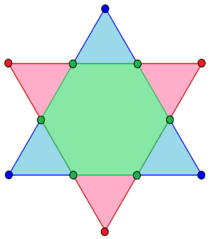 The number 6 and the Hexagram  have an obvious relationship , at its center  is a hexagon (6 sides), surrounded on all sides by 6 equilateral triangles, or it can be seen as two triangles intersecting each other each with 3 points (3+3=6) .

Each angle of the hexagram is 60 degrees 60 is the number of the Hebrew letter Samekh , which is the letter of the  Satanic Holy Guardian Angel .

I know, to some, this might seem like a lot of obscure dark gobbledygook, but it illustrates how many ways 6 and the Sun/Satan are connected with the hexagram .  Remember our old friend, The Law of Probability, there is certainly a connection here.

Everywhere you look its  6’s ALL the way !

This is why it is such a powerful Satanic symbol !

The fact it has been spread thru out the world, shows Satan is the God of this    world !

Here are some images to illustrate this .

Here is a 10,000-year-old Yantram. (geometric symbol Used as a an aid in meditation, conjuring and tantric worship) 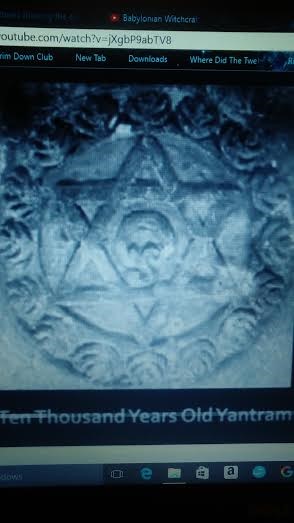 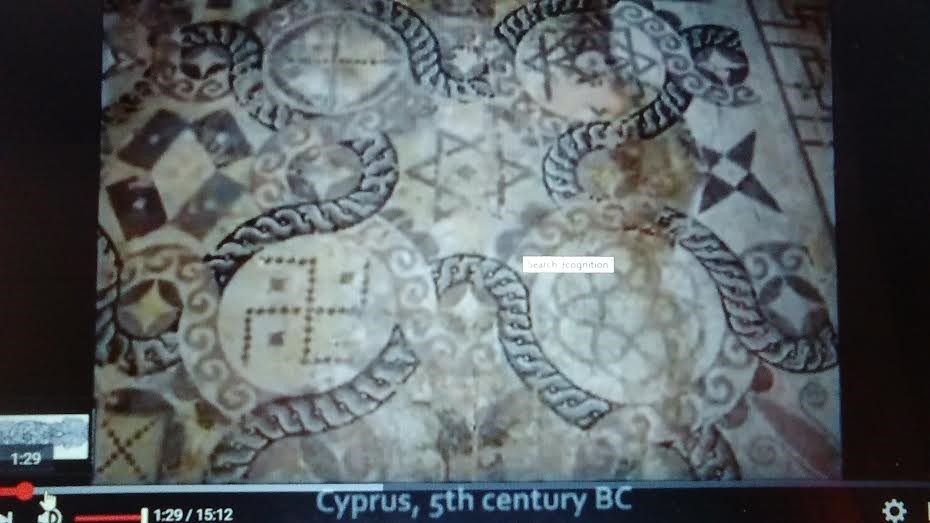 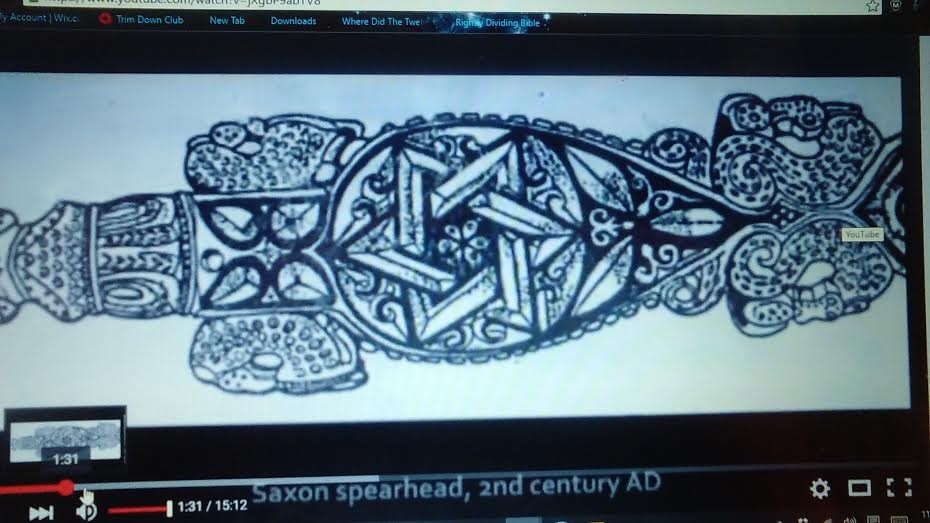 Below right is a 16th-century drawing of a Satanic Arabic hexagram . Notice the abundance of satanic symbolism here .The figure on the left with red flames emanating from his forehead , the central , center figure with coiled snakes on his head has a human sacrifice in his hand , the demonic figure on the lower right has horns on his head , the figure above him has a jackal head , again with red flames coming from his forehead and above him is a goat-headed figure with large horns . 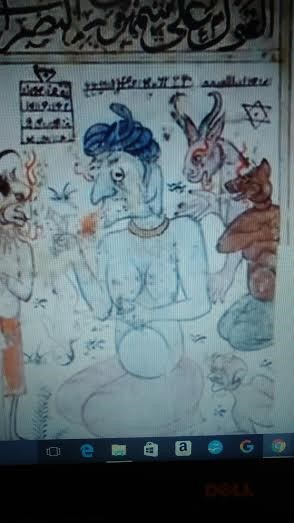 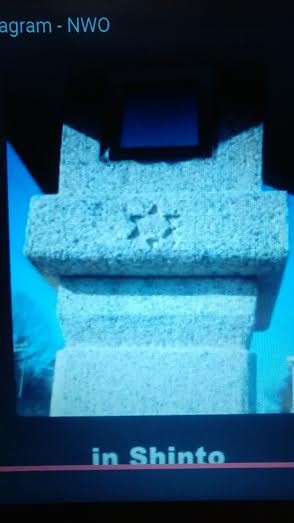 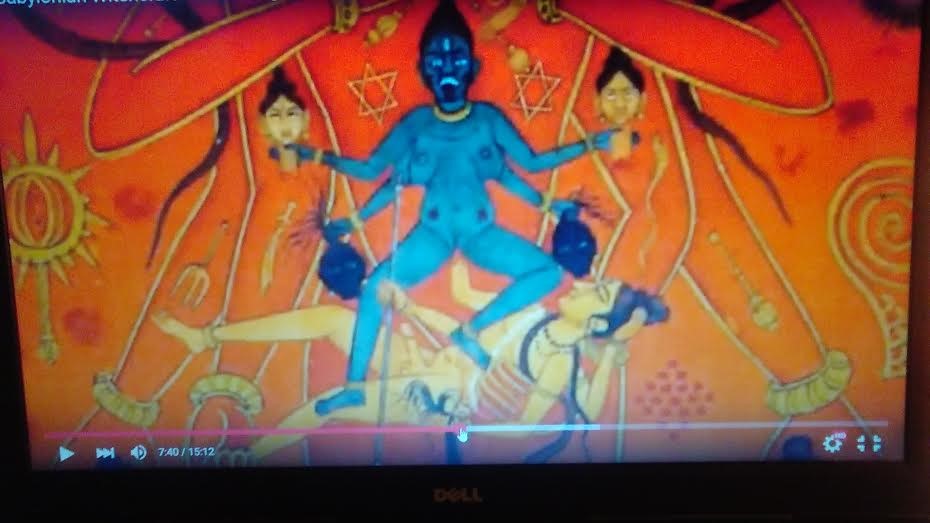 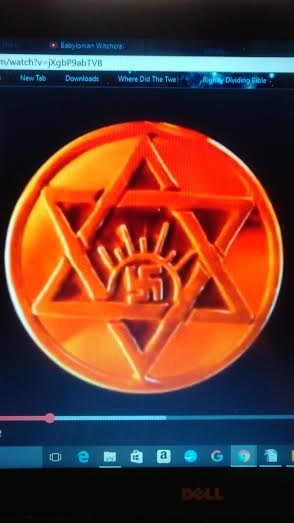 Buddhist hexagrams with a swastika . 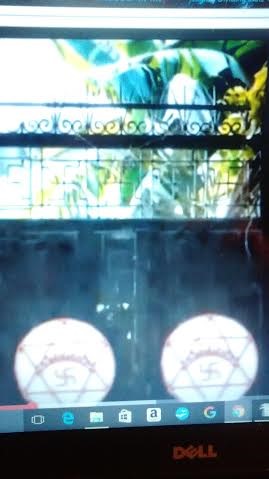 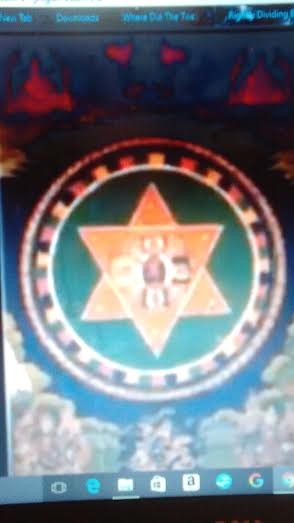 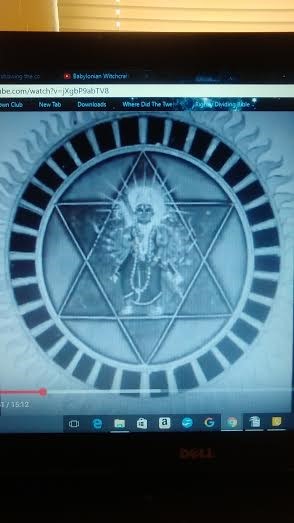 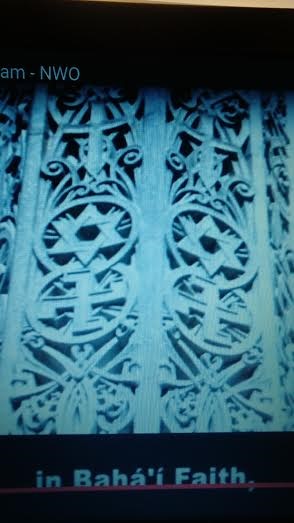 Baha’i hexagram with a swastika. 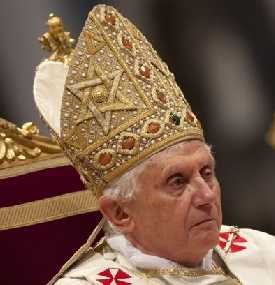 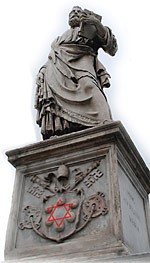 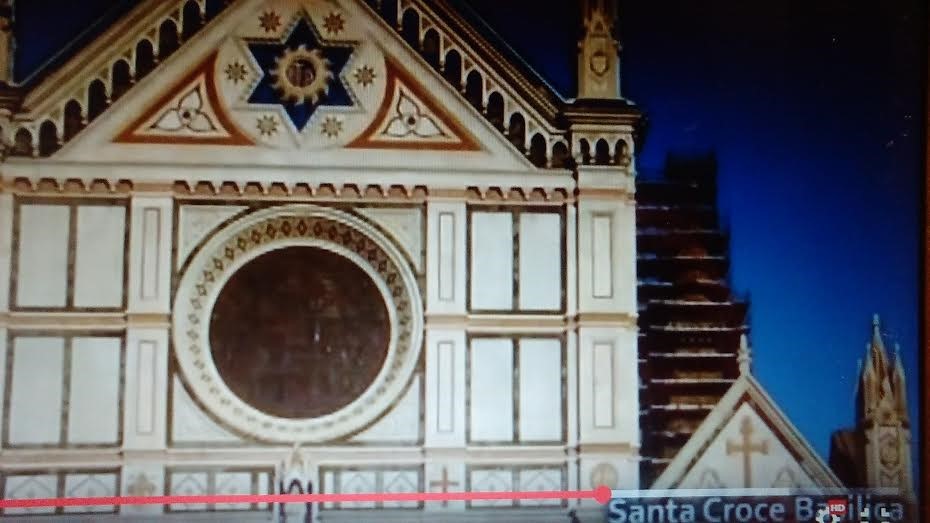 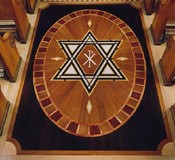 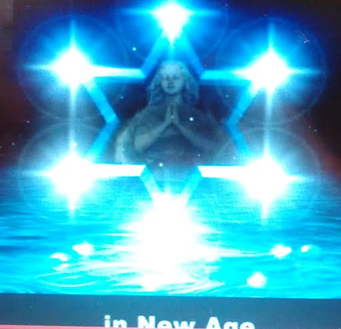 Above right, notice 8 point sun symbol, crescent moon, and Tammuz symbols. This is more proof the cross is not a Holy symbol. If it were it would not be grouped with these other pagan/satanic symbols.

Here is a picture of a hexagram being used in connection with brewing.  It is interesting to note that at the time of these symbols, alcohol was called spirits . 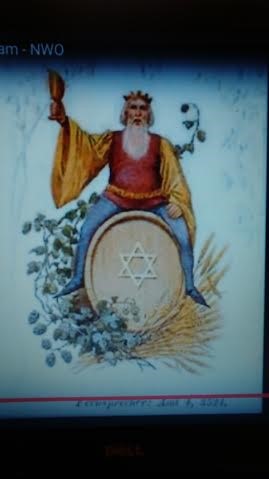 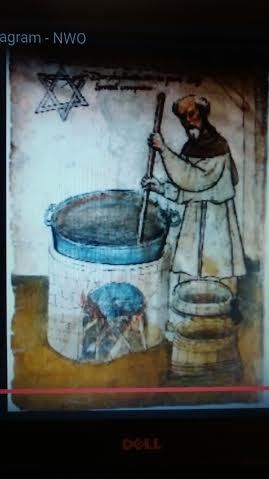 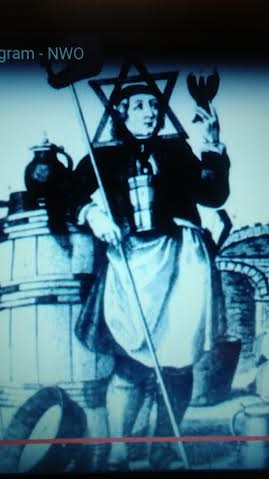 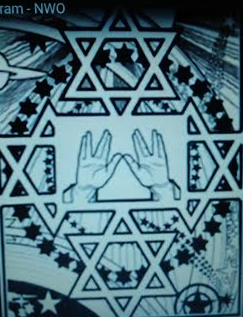 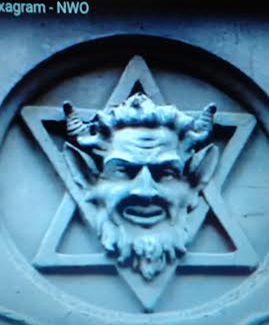 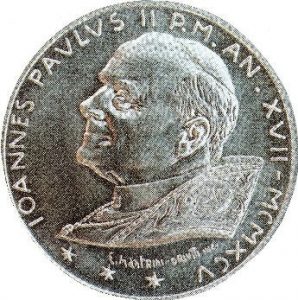 Pope Paul 6th has some interesting facts concerning him. The Catholic church built a perverse building, in his honor in 1971(1+9+7+1=18=3-6’s) The Pope Paul VI Building. No one can not notice the snakeskin walls, the reptilian ceiling, the slit-shaped snake eye stain glass windows and the two perfectly placed tapered fangs, in a mouth opening, where the Pope sits as Serpent/Dragon king!

Why else would this room have been designed this highly unusual way, if not to honor a serpent/dragon, Satan ? ? ? ? ? ? ?

Rome’s Catholic church is remaining true to her names and who she worships, as Babylon the Great Whore, worshipping her father, Satan, the Serpent/Dragon !  It is not a coincidence that Paul the 6th’s building holds 6,300 people ! Here are some other interesting facts on Pope Paul VI ……..Paul VI, referred to by his opponents as the “anti-pope,” was a crypto-Jewish infiltrator who turned Church process, direction and legacy upside down via the Vatican II Council, or New Mass/Novus Ordo. This new anti-pope’s “tolerance of immorality” and “live-and-let-live” stance led to a Pandora’s box sodomite crisis in the Roman Catholic orders, including a tendency toward pedophilia. Homosexuals entered the priesthood in droves and masculine men were driven out or turned away. Also see the book Goodbye, Good Men, which describes how any remaining merit and vocation in the seminaries was purged. Michael Rose in Goodbye, Good Men (pp. 56-57)
“ According to former seminarians and recently ordained priests, this ‘gay subculture’ is so prominent, at certain seminaries that these institutions have earned nicknames such as Notre Flame (for Notre Dame Seminary in New Orleans) and Theological Closet (for Theological College at the Catholic University of America in Washington, D.C.). St. Mary’s Seminary in Baltimore has earned the nickname the ‘Pink Palace.’ It just makes sense, a Catholic priest, such as this, would have a commemorative coin made for him, that has 3-6 point star hexagrams on it !

If all the previous Hexagram pictures somehow have not shown you that the 6 point Star, hexagram is nothing good, then consider these points; the pictorial association with the Swastika , Sun worship , human sacrifice , Satanism , and the varied and  diverse , universal worldwide use of it SHOWS , it is the God of this world, Satan, that has deceived the world into accepting his symbol of identity, power and dominance, NOT YAHUWAH, FATHER OF ALL CREATION ! ! ! ! ! ! !