IDENTITY PROOF IN TIMING OF COMMENCEMENT OF UNEQUALED BLESSINGS

In fact , even the timing of a Ephraim’s captivity in Assyria, in 720 BC, plus the 2520 years punishment, equals the exact year 1801 when Ireland,( the tribe of Dan) joined the United Kingdom to become the United Kingdom of GREAT Britain !!!

In America 6 years later in 1807 Fultons first steamboat made possible the distribution of goods , on a Almighty God supplied perfectly placed system of lakes and rivers ,that Ushered in an unparalleled period of early economic growth !

I know this requires a detailed explanation since even most people familiar with the Bible are not aware of the math is takes to come to this 2520 years . It is as follows ; the first Scripture is Ezekiel for 4:4- 6 ,where Almighty God telling the prophet Ezekiel the punishment upon Israel for her sins of Sabbath breaking and idolatry . “ Then Almighty God said to Ezekiel now lie on your left side for 390 days to show Israel will be punished for 390 years by captivity and doom. Each day you lie there represents a year of punishment ahead for Israel. Afterwards, turn over and lay on your right side for 40 days, to signify the years of Judah punishment. Each day will represent one year “ .

( again notice the separation of Judah or Jews and Israel).

Next in 606 BC Israel (Judah) was taken into captivity by Babylon for exactly 70 years ,just as the prophet Jeremiah had prophesied before the captivity in Daniel 9:1-2.
So now we have the 430 years judgment against the nation of Israel minus the 70 years fulfilled during the Babylonian captivity , equals 360 years remaining punishment. Now we must look elsewhere to fill in the missing pieces of this puzzle to , Leviticus 26 :18 ,which is a prophetic warning ,if Israel did not learn her lesson after this.

As we have learned earlier in this site 7 is Almighty God’s number of perfection and completeness. So Almighty God Used this 7 x factor to warn Israel , if they continued in their disobedience He would multiply their punishment by 7 times .
So we take the 360 remaining years of punishment left after the initial 70 and times it by 7, we come to 2520 years !

The following is a list of scriptural descriptions and then of cold hard statistics,   AS FINAL INDISPUTABLE PROOF that these blessings are unparalleled and unequaled, just as Almighty God said they would be, to Joseph ,his sons, Ephraim & Manasseh ,Britain & America !

As stated earlier in this site one of the things Abraham was promised was that his descendants would possess the “ gates “ of their enemies . (Gen.22:17).    These “ gates ” are referring to Seagate’s, a strategic marine entrance or exit from a nation, such as the ; The English Channel , Strait of Gibraltar ,the Suez Canal ,Singapore Canal and the Panama Canal.

Only Britain and America own all these Sea gates.

All wealth comes from the ground, natural resources,( Lincoln’s statements the fairest portion of the earth regarding fertility of soil and good climate ).    Prosperity , on a national scale , always comes by industry and commerce .   Commerce and goods must be transacted through sea lanes, by ships..A perfectly Almighty God designed network of rivers for the first steamboat by Robert Fulton to transport goods came about in 1803 nearly perfectly duplicating the year Britain united with Ireland and became the United Kingdom of Great Britain, which was known for RULING the waves. This synchronization of time precisely confirms the ending of Israel’s 2520 year punishment , allowing these blessings to occur ,as covered earlier in this site. Speaking of the father of Ephraim & Manasseh (Britain and the America) Joseph ,Genesis 39-2 states; “ the Eternal was with Joseph,, and he was a PROSPEROUS man ,the Eternal was with him and that which he did the ETERNAL made to PROSPER “ . In Gen. 17:2 , Almighty God says to Abraham ; “ I will multiply you EXCEEDINGLY “ .
In Gen. 39:2 “ prosper “ is repeated twice to emphasize the amount of prosperity that Joseph’s sons would have, and Oh how we have !

At the height of U.S. and British wealth we possessed nearly ¾ of the worlds wealth and resources !

Moses gives a detailed description of this prosperity and blessing just before he died ,in Deuteronomy 33:13 – 17, which states , “ let the blessing come up on the head of Joseph( both Ephraim and Manasseh)…. for the precious things of heaven , for the dew and for the deep that coucheth beneath and for the precious fruits brought forth by the sun and for the precious things put forth by the moon and for the chief things of the ancient mountains and for the precious things of the lasting hills and for the precious things of the earth (all natural resources )and the fullness thereof    (all manner of blessings just listed) His glory is like the firstling of his bullock(firstling bullock as a firstborn birthright holder as in Lincoln’s statement “ inheritor’)and his horns are like the horns of unicorns:(Englands Seal) with them he shall push the people together to the ends of the earth:(their people are worldwide)and they are the ten thousands of Ephraim, and they are the thousands of Manasseh “(ratio of populations is perfect) .  ast they Used to say “The sun never sets upon the British Empire”.
“ The thousands of Ephraim and ten thousands of Manasseh “ refer to the vastness of their populations and the ratio of those numbers to each other . The total population of all the British Commonwealth including ; The British Isles of England , Scotland ,Wales and then Canada , Australia and New Zealand total approximately 3 billion people while the U.S. is approximately 300 million , the ratio fits almost perfectly ! The entire description fits perfectly !
Britain is known as the Land Of The Bull-Calf personified in the British political icon , John Bull.. 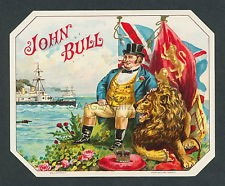 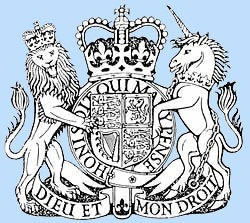 The isles(British Isles) should be aware that God will gather in the scattered ones of Israel (Jeremiah 31:10). Rachel (the mother of Joseph) will no longer have to weep over the exile of her children for they will return (31:15-16). Ephraim (Jeremiah 31:18) is called a bullock or young bull:

” I HAVE SURELY HEARD EPHRAIM BEMOANING HIMSELF THUS; THOU HAST CHASTISED ME, AND I WAS CHASTISED, AS A BULLOCK [Hebrew: AEGEL] UNACCUSTOMED TO THE YOKE: TURN THOU ME, AND I SHALL BE TURNED; FOR THOU ART THE LORD MY GOD .”   [Jeremiah 31:18]

In Hebrew the word translated as “bullock” is “aegel”.   Historically this very name “Aegel” was a diminutive (favorite nickname) for the ethnic term “Angle”. The Angles gave England (i.e. Angle-land) its name.  Together with the (Anglo)Saxons, Jutes, Vandals, and others the Angles conquered from the Celts the land that was later named “England”.  The Angles were also called Aegels.  The appellations Angle and Aegel were employed interchangeably.

The Hebrew word for young bull is “Aegel”.  Rashi (Rabbi Shlomo Yistchaki 1040-1105 CE) was the foremost Medieval Jewish Commentator. In commentating on this verse (Jeremiah 31:18) Rashi states that the Hebrew word “Aegel” (Young Bull) was a name applied to Ephraim. As we saw, this was also another name applied to the English. The English now nickname themselves “John Bull”.

These Scriptures have direct identification signs of England !

Also as you can see, the former Scriptures specifically identify England and America !
So as Lincoln said , “ Choicest blessings of heaven “ and “ Fairest portion of the Earth “obviously Ephraim and Manasseh must be in possession of the Earth’s choicest agricultural, mineral and other wealth. Great gold and silver mines, iron ,oil ,coal, timber and other resources.